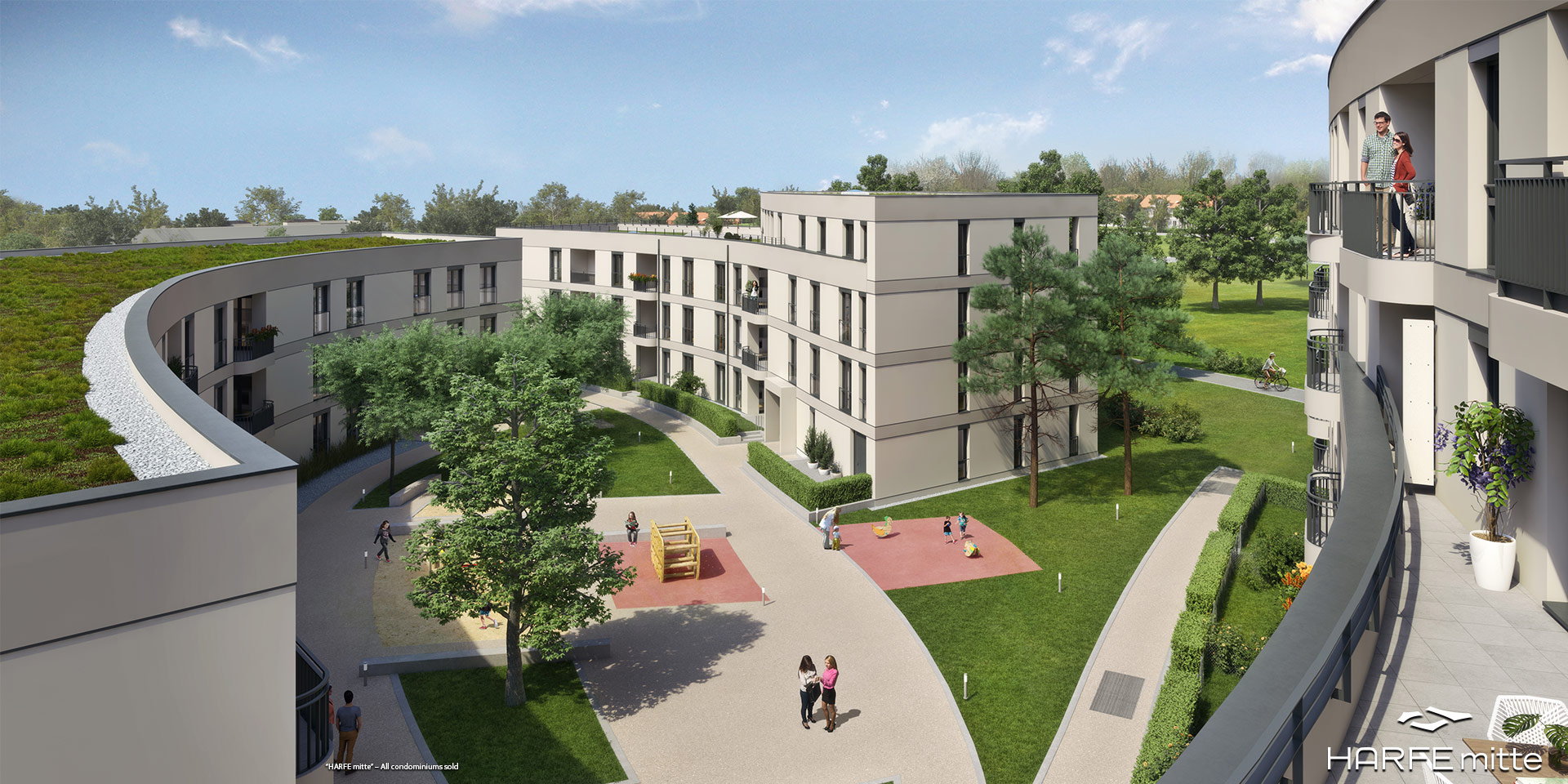 In its new-build project in Munich-Neuaubing, DEMOS created modern one- to four-room condominiums in the heart of the new Gleisharfe neighborhood. All "HARFE mitte" condominiums have now been sold.

We would like to thank all buyers for their trust as well as everyone who helped turn this project into reality.

The "HARFE mitte" show apartment will now function as an information center for anyone interested in our "GLEISHARFE sÃ¼d" new-build project, where more modern one- to four-room condominiums with high-quality equipment and furnishings are currently under construction. Both "GLEISHARFE sÃ¼d" buildings are located on the southern end of the neighborhood and are surrounded by extensive green spaces.