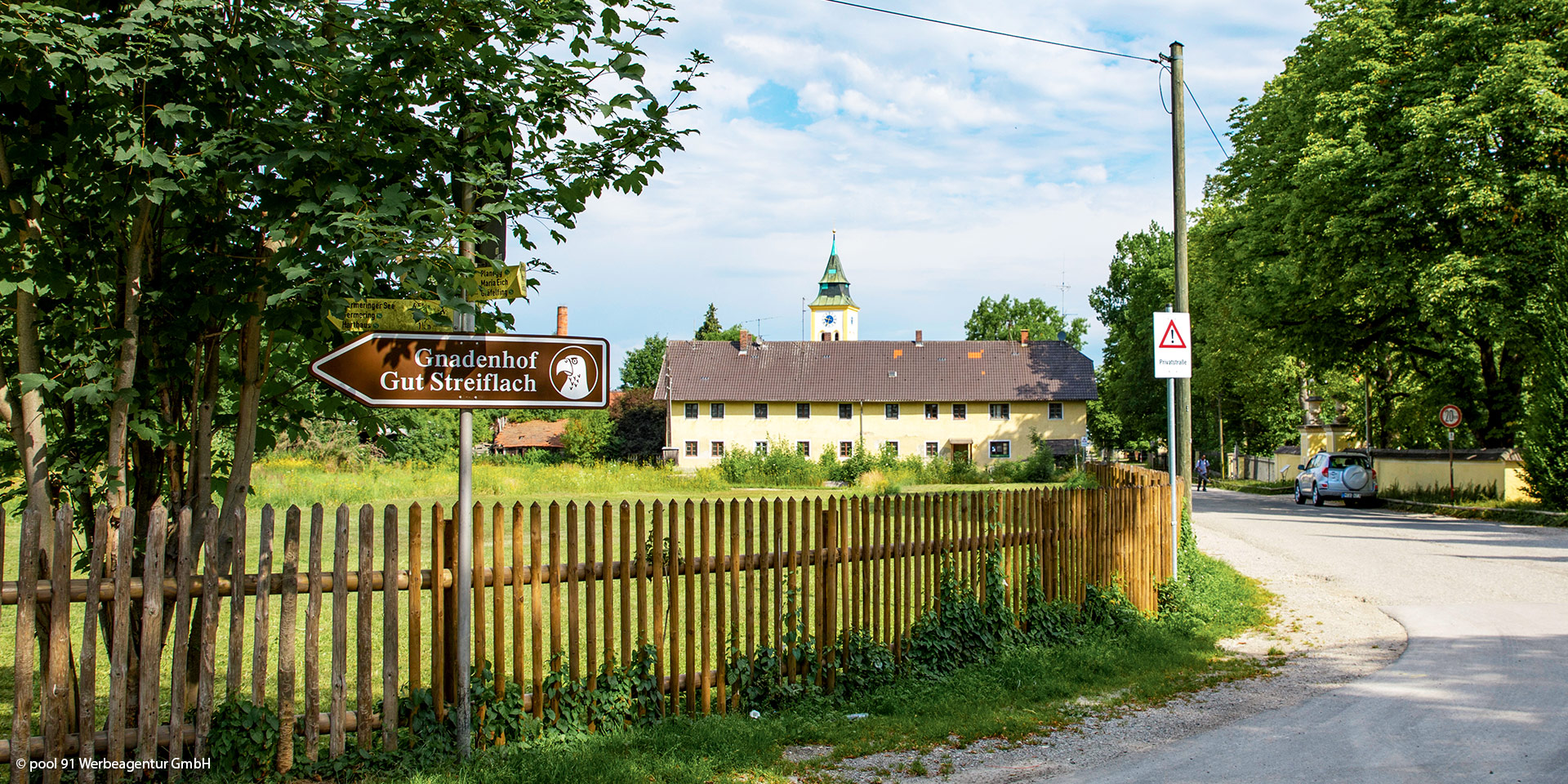 A new, modern district for 20,000 residents is currently being developed in the west of Munich, between Aubing and Germering. This will be home to an attractive residential area with plenty of green spaces and good infrastructure and transport links to Munichâs city center.

Around 7,500 jobs as well as a number of commercial spaces are expected to be created here. As the most modern and innovative district of Munich, Freiham will be an especially attractive place to live for families. In addition to the new living quarters, several additional projects are also currently being completed. In this article, we would like to introduce you to a few of these major projects in Freiham.

A number of roads and trails as well as public green spaces and squares are being created as part of the development of this new district. BodenseestraÃe was already expanded last year in order to meet additional transportation needs. A lively district center with a pedestrian zone and many businesses, restaurants and cafÃ©s is being planned to the north of BodenseestraÃe. To compensate for the trees removed for construction, more than 1,000 trees will be planted.

Additionally, renovation work is currently being done on Gut Freiham. The estate is to become a lively village and a popular excursion destination. In future, Gut Freiham will become home to a wooden barrel factory, a museum and a brewery, as well as a restaurant with its own beer garden and ballroom. The Heilig Kreuz church will also be renovated and its organ restored.

Munichâs biggest school construction project is currently being completed in the new district of Freiham. The school facilities will provide full-day education to more than 3,000 students and be accessible to students with impaired mobility. They are also being designed to cater to students with a range of different special needs. The campus will include a five-year elementary school, a center of excellence with 19 levels for students with special needs, a five-year Realschule and a six-year Gymnasium. Moreover, it will feature a shared cafeteria, creative center, multipurpose hall, library, and many green spaces and meeting areas.

In order to meet the needs of all students, residents from the area have been involved in the planning process from the very beginning. Construction has already begun and is expected to be concluded by the beginning of the 2019/2020 school year.

Located next to the educational campus, accessible via an underpass, will be a state-of-the-art sports park â the biggest in Munich. A total of two buildings, each able to accommodate 3 gymnasiums and each having stands for 500 spectators, is being planned, as are a swimming pool to be used by the schools, restaurant facilities and an underground car park. Three football pitches with artificial turf as well as additional sports fields, a beach volleyball court, and track & field facility can be found on the grounds. The two halls have also been designed to include multipurpose rooms that are suited for recreational sport. In addition, the facilities will be accessible to all and offer wheelchair hockey and football for the blind as part of an inclusion project. A wayfinding system will also be available to persons with disabilities.

The sport park is expected to be complete in early 2020 and will provide direct access to the newly planned landscape park, where construction has also already begun.

A landscape park is being created north of BodenseestraÃe on the western edge of the residential area, between the A99 and the commuter train line. Over an area of 58 hectares, the park will offer space for your recreation and leisure needs, drawing visitors from beyond the area.

The landscape park will include a âchill parkâ, two trails for education and exploration, urban gardening spaces with activities for children, and a number of recreation parks and playgrounds. There will also be several observation decks, an event space, many meeting areas, a cafÃ© and a kiosk.

A street will run through the park, under a grassy overpass, connecting the Germering-Nord motorway exit and the new district center, and a 12-m high sound barrier will be constructed along the motorway.

DEMOS is currently completing the new building project âNEUE VIELFALT FREIHAMâ with modern one- to four-room condominiums with high-end equipment and furnishings in the new district of Munich-Freiham.